This browser is not actively supported anymore. For the best passle experience, we strongly recommend you upgrade your browser.
All Posts
January 13, 2022 | 1 minute read

The United States Supreme Court this afternoon granted the petition to stay enforcement of OSHA’s November 5, 2021 COVID-19 Vaccination and Testing Emergency Temporary Standard that required large employers to mandate employee vaccinations or weekly testing and face coverings. Reversing a decision by the Sixth Circuit Court of Appeals, the Court held that the Secretary of Labor lacked the authority to impose such requirements.

Numerous States, businesses, trade groups, and non-profit organizations had challenged the OSHA Rule, and the Court addressed consolidated cases filed by the National Federation of Independent Business and a coalition of States. Finding no clear Congressional authority for the agency to issue the mandate, the Court stated that this was a “significant encroachment into the lives and health of a vast number of employees.” The Court held that permitting OSHA to regulate the hazards of daily life would significantly expand OSHA’s regulatory authority without clear Congressional authorization. Further, the opinion states that “[t]he regulation otherwise operates as a blunt instrument. It draws no distinctions based on industry or risk of exposure to COVID-19.”

Justice Gorsuch, in a concurring opinion with Justices Thomas and Alito, wrote that although Congress has given OSHA the power to regulate occupational dangers, the mandate affected 84 million people and Congress has not given the agency the power to regulate public health more broadly. Justices Breyer, Sotomayor and Kagan dissented, finding that the agency, charged with ensuring health and safety in the workplace, did what Congress commanded it to: “It took action to address COVID-19’s continuing threat in those spaces.” The dissent asserted that the Court’s decision displaces the judgment of the Government officials that were entrusted with the responsibility to respond to workplace health emergencies.

Based on this ruling, OSHA cannot enforce this Rule or seek penalties for lack of compliance. Further, it is uncertain as to what will happen to the pending appeals in the Sixth Circuit due to the six-month duration of the Rule.

In a separate ruling today, the Court upheld the Centers for Medicare and Medicaid Services Interim Final Rule mandating a vaccine for healthcare workers. This means that all covered providers and suppliers are now subject to this mandate.

We will continue to provide updates about developments in these cases. 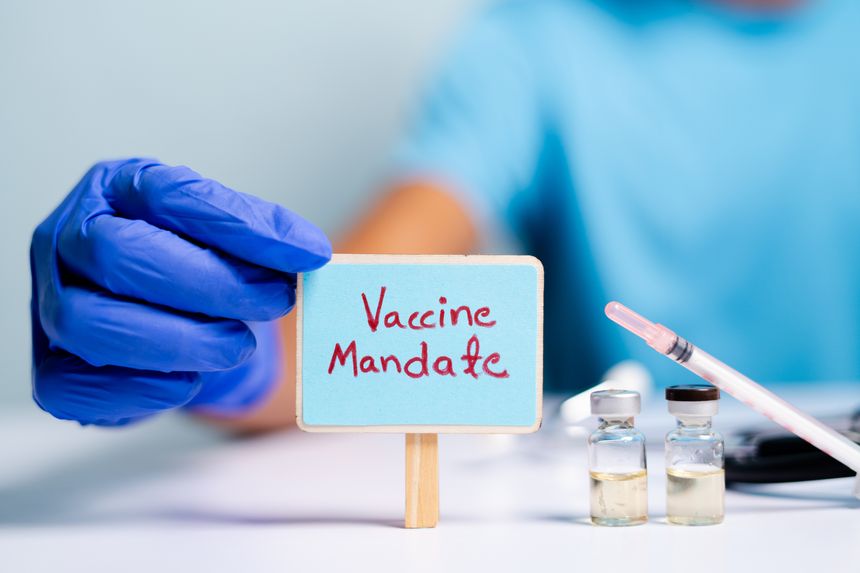