On August 20, 2021, the Departments of Labor, Health and Human Services, and Treasury (the “Departments”) issued the “FAQs About Affordable Care Act and Consolidated Appropriations Act, 2021 Implementation Part 49” (the “FAQs”), which announced the deferred enforcement of some, but not all, requirements of the No Surprises Act and Transparency Rule.

The Chart below, originally provided in July 2021, has been revised to reflect the updated enforcement information in the FAQs. Prior guidance regarding the No Surprises Act and Transparency Rule can be found here. 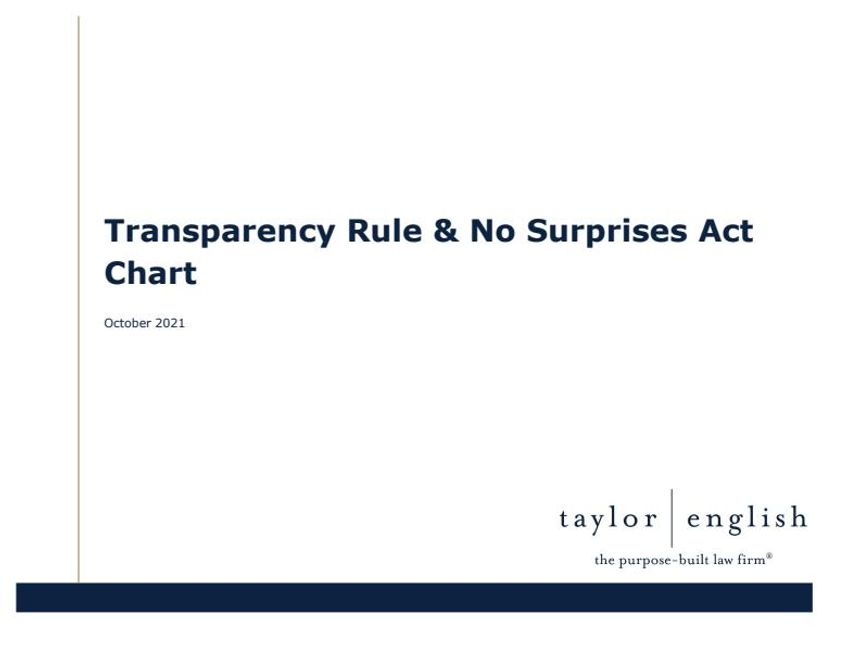