The anticipated increase in national minimum wage to $15 has been dropped from the coronavirus relief legislation pending in the Senate after being passed by the House last week. The Senate's parliamentarian ruled that the minimum wage increase was not sufficiently related to federal budgetary concerns to qualify for reconciliation bill status. However, the result has been multiple proposals for alternative ways of forcing a minimum wage increase, including imposing a tax on large corporations that do not pay a $15 per hour or greater wage, replacing the Senate parliamentarian, ignoring the reconciliation bill requirements, and introducing the increase as part of a different legislative package. The Democratic party's progressive wing can be expected to continue to the "fight for $15."

Senate Democrats will drop a plan to raise workers’ wages through tax penalties and tax incentives that lawmakers had explored as a replacement for raising the minimum wage, according to three people familiar with the matter, while lawmakers race to pass a $1.9 trillion coronavirus relief package in the coming weeks. Top Democrats had been looking at options, including imposing tax penalties on companies with at least $2.5 billion in gross receipts that aren’t paying their workers at least $15 an hour, to raise workers’ wages as part of the relief plan. An earlier effort to raise the minimum wage to $15 an hour ran aground last week when the Senate’s nonpartisan parliamentarian ruled that the wage increase didn’t comply with the guidelines that Democrats must follow to pass the legislation without Republican support. 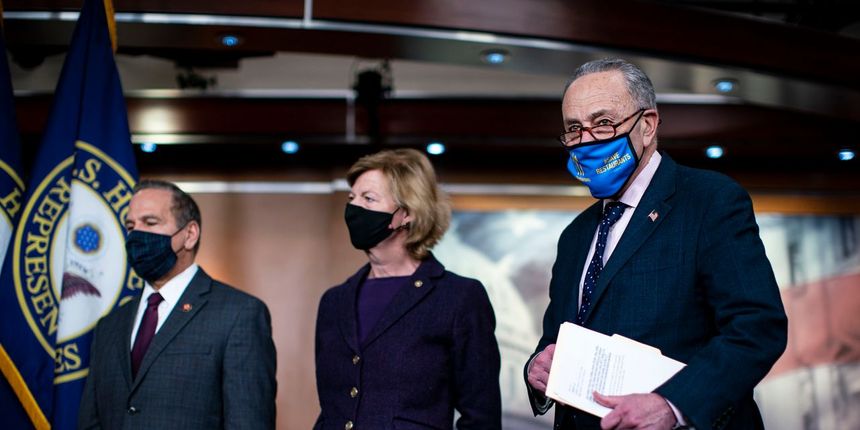