I previously wrote about Senator Thom Tillis' August 3 introduction of the Patent Eligibility Restoration Act of 2022 (PERA), and its apparent intention to legislatively overrule Supreme Court precedent that spawned the current state of confusion and uncertainty in application of the patent eligibility doctrine codified in 35 USC § 101.

As stated in the linked IPWatchdog article, commentators expressed concern that no one had co-sponsored PERA with Senator Tillis.

On September 28, however, Senator Chris Coons (D-DE), who is poised to succeed Senator Patrick Leahy as Chair of the Senate's Subcommittee on Intellectual Property if the Democrats retain Senate majority status following this year's mid-term elections, announced that he has signed on as a PERA co-sponsor.

Senators Tillis and Coons have a solid history of working together to present a united front concerning the need for patent eligibility reform. Back in 2019, after the Federal Circuit issued its highly-controversial American Axle decision, these senators issued a joint press release ending with the declaration: "We're committed to reforming our patent laws to ensure that the U.S. remains the world leader in innovation, and we're eager to continue working with all the relevant stakeholders to do that as effectively as possible." The PERA co-sponsorship by Senators Tillis and Coons follows through on their 2019 press release.

Senator Coons' remarks raise expectations that patent eligibility reform will at least take concrete steps toward becoming a reality in the next term of Congress. All it should take is for the legislative branch to focus on IP issues and bring PERA up for debate to consider amendments to the bill that many say are needed to actually result in the strengthening of U.S. patent protection. Congress traditionally demonstrated bipartisanship concerning IP issues once it gave them the proper focus, so no doubt stakeholders will actively monitor PERA's progress in 2023.

But tonight, Coons said he is happy to be a co-sponsor and both Coons and Tillis seemed optimistic about the prospects for intellectual property legislation in the next congress—no matter which of them ends up as Chair. 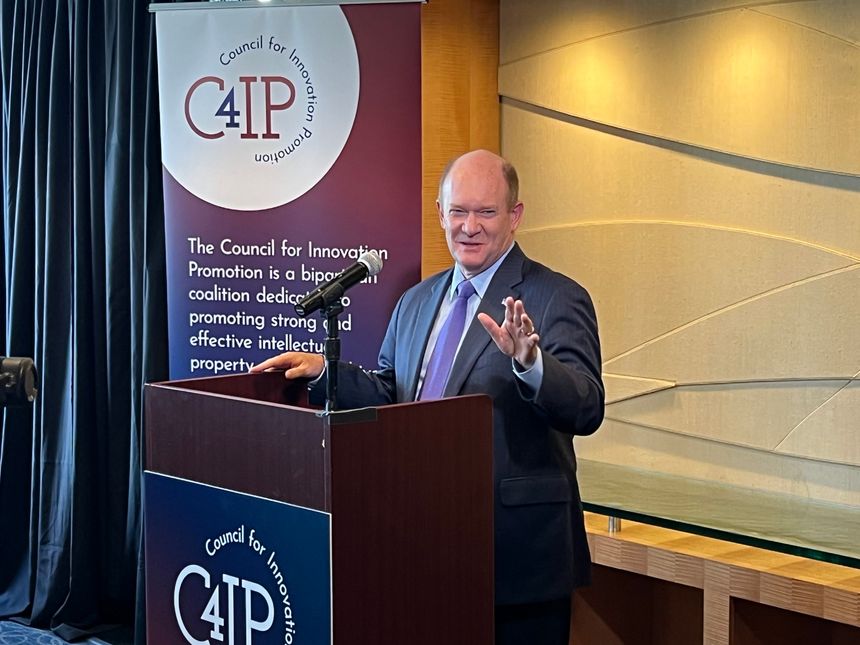