This browser is not actively supported anymore. For the best passle experience, we strongly recommend you upgrade your browser.
All Posts
August 5, 2022 | 4 minutes read

"A journey of a thousand miles begins with a single step." - Lao Tzu

On August 3, taking the first step of what will likely become the kind of journey described in the above Chinese proverb, Senator Thom Tillis (R-NC) introduced the Patent Eligibility Restoration Act of 2022 ("PERA").

Senator Tillis, whom the linked article identifies as the Ranking Member of the Senate IP Subcommittee, indicated in a press release that this legislation "is the product of almost four years of consensus driven stakeholder conversations from all interested parties." The press release promises that PERA "will restore patent eligibility to important inventions across many fields," while preserving ineligibility classification for subject matter that "everyone agrees is beyond the scope of the patent system."

My July 1 post lamented the Supreme Court's refusal to review the Federal Circuit's controversial American Axle decision, which had presented a golden opportunity for the Court to clarify patent eligibility case law interpreting Section 101 of the Patent Act (35 U.S.C. § 101). That post declared: "It is now up to Congress to pass legislation that will clarify this law and thereby strengthen not only U.S. patents, but also investors' willingness to fund innovation in this country." PERA represents the beginning of such legislation.

The linked article opines that PERA, if passed, would legislatively overrule a pair of Supreme Court decisions that preceded the Court's 2014 landmark Alice decision, and that it would, at a minimum, cause Alice itself to "become questioned." I will go one step further and predict that if Congress passes PERA in its current form, PERA will also legislatively overrule both Alice and American Axle. Below, I set forth my reasons for that prediction, based on the proposed statutory text.

Section 101, currently titled "Inventions Patentable," reads: "Whoever invents or discovers any new and useful process, machine, manufacture, or composition of matter, or any new and useful improvement thereof, may obtain a patent therefor, subject to the conditions and requirements of this title." PERA proposes to change the title to read "Patent Eligibility" and to overhaul the body of § 101, creating subsections (a), (b), and (c), the first of which reads (with emphasis added):

(a) IN GENERAL.—Whoever invents or discovers any useful process, machine, manufacture, or composition of matter, or any useful improvement thereof, may obtain a patent therefor, subject only to the exclusions in subsection (b) and to the further conditions and requirements of this title.

New subsection (b), titled "Eligibility Exclusions," comprises subsections (b)(1) and (b)(2), the first of which reads: "Subject to paragraph (2), a person may not obtain a patent for any of the following, if claimed as such:" (emphasis added). Thus, an excluded category of subject matter listed in subsection (b)(1) must actually be recited as the entirety of a claim, in order for the claim to be deemed ineligible. As demonstrated by the subsection discussed below, claiming an excluded category as merely one element of the claim will not suffice to result in a finding of ineligibility. This statutory scheme replaces step 1 of the Alice ineligibility test, which comprises the comparatively amorphous inquiry of whether a claim is "directed to" excluded subject matter. That Alice inquiry broadly encompasses a patent claim that recites excluded subject matter as merely one element (or otherwise less than all elements) of the claim.

New subsection (c)(1)(B)(ii) states that eligibility shall be determined without regard to "whether a claim element is known, conventional, routine, or naturally occurring." (emphasis added). The unemphasized portion of that subsection, if enacted would eliminate consideration of the second part of Alice's two-part patent eligibility test. The emphasized portion, working in tandem with the amended definition of "process" in § 100(b) discussed above, would overrule American Axle, which not only relied upon Alice, but also predicated its finding of patent ineligibility upon the patent claims being "directed to" a law of nature, despite claim elements that clearly recited mechanical, tangible objects as opposed to any laws of nature. Also under PERA, "law of nature" subject matter will not render a claim ineligible unless it "occurs in nature wholly independent of, and prior to, any human activity," under new proposed subsection (b)(1)(B)(iii).

Other text proposed for § 101 introduces some ambiguities and some cause for concern, as made apparent from discussions and insights that are beyond the scope of this article, resulting in a less-than-perfect Section 101. However, the patent community will hold out hope that as the legislative process takes its course, amendments will occur that will further clarify and strengthen proposed § 101 in favor of patentees. At the very least, PERA represents a significant step - the very first - toward obtaining meaningful patent law reform. As expressed by Judge Paul Michel, a retired Federal Circuit Chief Judge: "This compromise bill deserves support from everyone who wants to see America succeed in the technology race."

I don’t know whether this legislation will pass, but the damage has been done over the last decade. How many startups haven’t started up because of this foolish journey? What long term impact has it caused to American competitiveness? It is impossible to know what will not be because of this ill-advised sojourn that has led to a dead end. In comic book culture, when a series is run into a dead end from which there can be no future, a reset button is hit, and the series simply starts over as if the previous misguided journey never happened. We can only hope that will be the case with respect to 101. 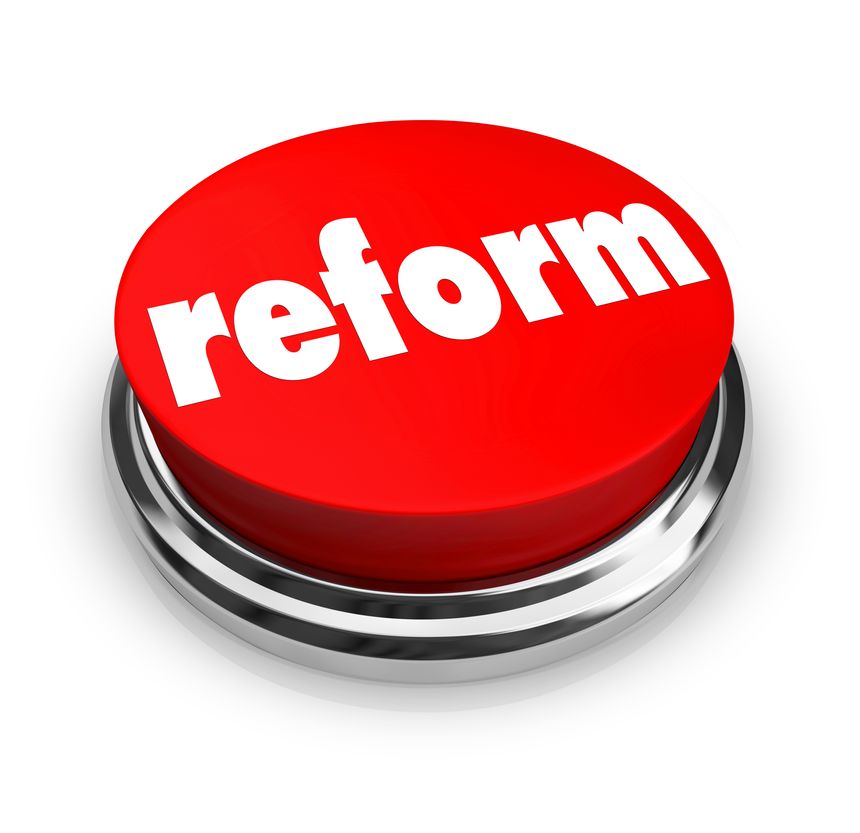