Is A Union Resurgence Really Happening?

The National Labor Relations Board announced in early April that union representation petitions increased 57% in the first half of the NLRB’s fiscal year compared with the same period in 2021.  Many commentators, academics, observers and partisans have cited this increase as an indicator that unions are making a comeback among American workers.  But is this perception supported by the facts?

Representation petitions filed with the NLRB peaked in 2015 at just under 2,200 per year.  Since then, the number of petitions for union elections has steadily declined to fewer than 1269 in 2021.  Although the first half of 2022 has seen an increase over 2021, the 57% represents only 426 more petitions for election cases.  If the increase continues, the number of representation cases likely would at most only return to approximately the 2015 level.  More significantly, before, during and after 2015 union representation of the private workforce in the United States steadily declined year after year to only 6.1%.  In other words, the level of requests for union elections is a poor indicator of union success or employee choice.

A more accurate measure of union success would be the number of these cases that proceed to an election followed by a union win coupled with the growth, if any, in the number of private industry employees covered by collective bargaining agreements.  Available statistics indicate that successful union representation continues to decline steadily.

Some examples from the NLRB’s published statistics support this point.  In 2015, of the 2029 representation cases filed, only 1574 proceeded to an election.  The remainder of these petitions were withdrawn by the union before an election could be held or were dismissed as unsupported by the NLRB.  Only 77.5% of the petitions resulted in an election.  Where elections were held, unions won 1120 times and the company won 480 times.  Only 55% of union election petitions filed eventually resulted in a victory by the union.  In 45% of all representation cases, either the union itself, the NLRB or the employees themselves rejected the union’s bid for the right to represent the workforce.

Another example can be drawn from 2021, the last year for which there is a fully documented report.  As noted above, 1269 requests for a union election were received.  Elections were held in 862 cases, only 67.8% of the petitions.  Again, the other petitions were dismissed or withdrawn.  Of the 862 elections, a majority of employees voted for the union 663 times and a majority of employees voted against the union 288 times.  Only 52% of union election petitions filed resulted in an eventual victory by the union.

The statistics reported by the NLRB for the years from 2016 through 2020 follow a very similar pattern.  Unions are successful at organizing in only slightly more than one-half of their attempts.  Of course, it remains to be seen whether 2022 will see more success.  But the available data show a consistent year after year pattern that seems unlikely to change.  Certainly, it is premature to conclude from an uptick in filed representation cases that the odds of union success with those cases will also change.

Since NLRB elections are always held by secret ballot, since the NLRB polices the elections with the aim of achieving “laboratory conditions” free from coercion by either side, and since the pattern holds true year after year, the most appropriate inference is that American workers’ support for unions continues to be weak or very mixed.

Is there any evidence that worker support which translates into success for union organizing campaigns is significantly improving?   Admittedly, surveys by PEW Research Center and others report that a majority of Americans polled have expressed some support for unions.  However, similar surveys have reported essentially the same results year after year while the representation of American workers by unions declined steadily for more than a decade to the current 6.1%.  The proper inference from this mismatch between steady public opinion support and the actual declining results of union organizing is that the concrete choice to authorize a union to bargain for you and your co-workers is not measurable by polls.   Abstract preference answers favoring unions in general are not indicators of potential union success -- particularly among persons who do not or never will work for a company subject to organizing.

Any statistician knows that inference from small samples to trends or reliable findings is poor methodology.  Therefore, the results of recent elections held at a small fraction of Amazon and Starbucks locations are unreliable data on which to base claims of a trend.  In addition, not all of these attempts at organizing were successful and, at least at Amazon, a majority of workers refrained from voted at all, which hardly indicates strong support for unions.

Does the 2021 increase in union election petitions portend any significant increase in overall representation of workers by unions?  The data reported by the NLRB indicate that even strong success by unions in these attempts would hardly affect the overall representation of employees.  This results from the fact that only very small numbers of employees are involved in the 2022 election petitions.

In 2021, the average number of workers involved in a union organizational drive and subsequent election petition was 60.4 employees.  The median size of the units of employees was only 23, which means that in one-half of all cases the union sought to represent fewer than 23 employees.  During the ten years preceding 2022, the median size and average size of petitioned-for units hovered around 25 and 60, respectively.  The available data for the first three months of 2022 show that this pattern of elections in small populations of employees is continuing.

Accordingly, even a higher success rate for unions in 2022 would make very little or no difference in the current percentage of representation of the American workforce.  The reported statistics only show that some small pockets of employees in various companies and locations have welcomed union organization drives.  This may reflect some change in attitudes and goals in a limited part of the overall workforce.  But nothing in the data supports any conclusion that unions are about to become a resurgent force in the private workplace. 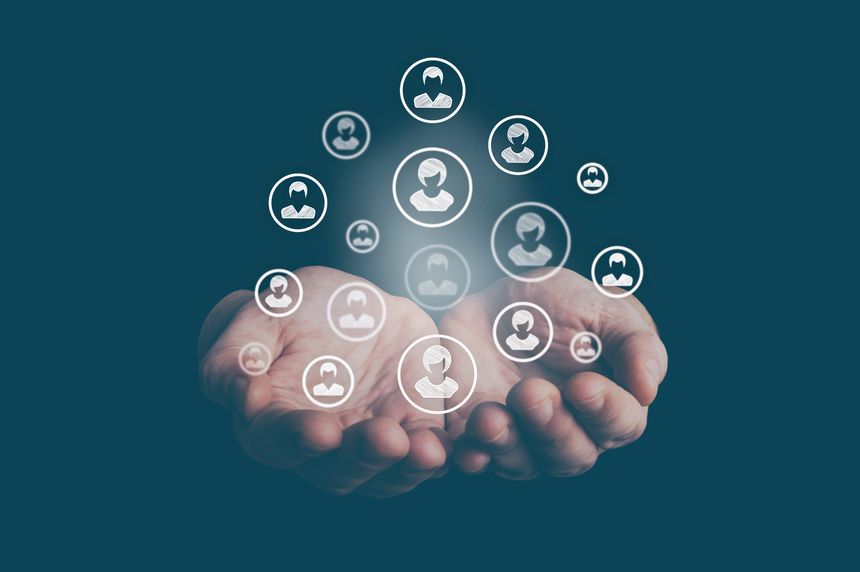