The final tally of the votes in the Amazon warehouse union representation election came out this afternoon.  The vote was a significant victory for Amazon.

Significantly, the union obtained “yes” votes from only 13% of the 5,805 bargaining unit employees.   Of the total number of affected employees, 87% either voted "no" or chose not to vote.  It seems highly likely that the non-voting employees would have cast votes if they desired union representation.

Amazon.com Inc. employees in Alabama voted not to unionize, handing the tech giant a victory in its biggest battle yet against labor-organizing efforts that fueled national debate over working conditions at one of the nation’s largest employers. An estimated 71% of the Bessemer, Ala., warehouse workers who cast ballots voted against joining the Retail, Wholesale and Department Store Union, according to the National Labor Relations Board, which on Friday finished counting all the votes that weren’t challenged. The federal agency has yet to certify the results but noted that the challenged ballots aren’t enough to exceed the vote margin against unionization. 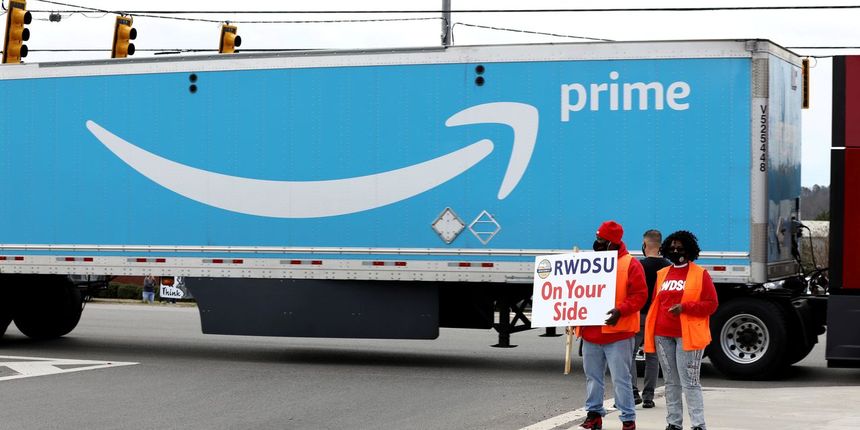