The Consumer Review Fairness Act: How Does It Impact Hotels?

The Consumer Review Fairness Act (CRFA) was introduced in 2014 by a group of bi-partisan legislators in an effort to prevent the ability of companies to contractually prohibit their consumers from “disparaging” them in any manner, effectively preventing consumers from publishing anything negative about those companies online. The CRFA, which was recently signed into law, essentially makes it illegal for companies to prohibit their consumers from leaving honest negative reviews and/or criticisms about their goods or services online. Previously, companies sought to avoid the consequences of negative online reviews by having their consumers enter into non-disparagement clauses as a part of the underlying business transaction. Now, such clauses are effectively null and void and will be considered to constitute an unfair trade practice. If a company seeks any form of retribution against a consumer who posts a legitimate negative review online, it will be investigated as a violation of the law by the applicable state attorney general’s office with oversight from the Federal Trade Commission (FTC).

The CRFA’s main thrust is to prevent companies from including non-disparagement clauses in their consumer contracts as part of the sale of their goods and/or services. Companies were becoming increasingly concerned with the financial consequences of negative online reviews. Added to this frustration was the continued rise of consumer online review websites as well as a general consensus among businesses (including many in the hotel industry that the majority of the reviews affecting their profitability were simply fake or, at a minimum, embellished).

To combat this growing fear, more and more companies began inserting language into their consumer contracts prohibiting consumers from “disparaging” the company in any manner regardless of whether such criticisms were actually genuine. Congress felt that such “anti-gag” measures would have a chilling effect, both on providing an outlet for consumers to voice legitimate gripes about a company’s goods and services, as well as a general limitation on the right to free speech. Online consumer websites argue that the law is necessary because the non-disparagement clauses were preventing American consumers from voicing their true opinions to the general public. The businesses adversely affected by such online reviews, however, argue that the law really only protects and deepens the pockets of those same consumer review websites – the vast majority of which charge the adversely affected businesses fees to advertise on their websites and receive money based on the amount of traffic directed to and from their websites.

The hotel industry, no stranger to the effects of negative online reviews, is very likely to feel the impacts of the CRFA. While in the traditional hotel-consumer transaction, there is no established contractual phase in which a hotel’s guests enters into a non-disparagement clause, smaller and independent hotels were increasing the practice of including such covenants in their contracts. Indeed, in a well-known case often cited in support of the CRFA, a small hotel in Hudson, New York included a policy indicating that any guest leaving negative feedback regarding the hotel online would automatically be charged a “fine” of $500.  After major news outlets became aware of the story, the hotel indicated that the fine was merely a “joke” – even though at least one guest who published such a review indicated that the hotel had indeed sought to collect the fine. After being mocked and inundated with criticisms online, in print and on television, the hotel eventually closed.

Irrespective of whether such contractual clauses constitute sound business practices, they are no longer permissible. As a result, any hotel relying on such clauses should immediately communicate with legal counsel to determine the proper steps to take to ensure compliance with the current law. Despite the passage of the CRFA, businesses operating in the hotel industry will still be afforded the opportunity to seek damages against consumers (and, many times, other business competitors) who post false negative online reviews in violation of the law. For instance, the CRFA merely prohibits businesses from contractually preventing their consumers from publishing legitimate negative reviews of their goods and services online. However, if a consumer or nefarious business competitor posts a negative review that is demonstrably false (in other words, a review that contains negative and damaging statements of “fact” that go beyond mere opinions), and the adversely affected hotel can demonstrate suffering economic harm as a direct result of that online post, the hotel still has a right to file a legal action for defamation and related damages.

Generally, consumer reviews posted online tend to be negative (most happy consumers simply don’t take the time to post reviews shouting their satisfaction) and, certainly, many negative reviews are embellished. While the CRFA does not provide any protection for fake reviews, it also does not provide any punitive measures for those types of reviews. The law is solely intended to protect legitimate and truthful negative reviews that were previously contractually barred from being published online. While most consumers voice a general skepticism of online reviews, especially those that tend to be exceedingly negative, study after study demonstrates that those same consumers routinely visit online review websites and many times base their patronage on the reviews posted. As a result, those operating in the hotel industry should still monitor and assess the online reviews of their hotels and take appropriate action where necessary.

Reprinted with permission from Hotel-Online. 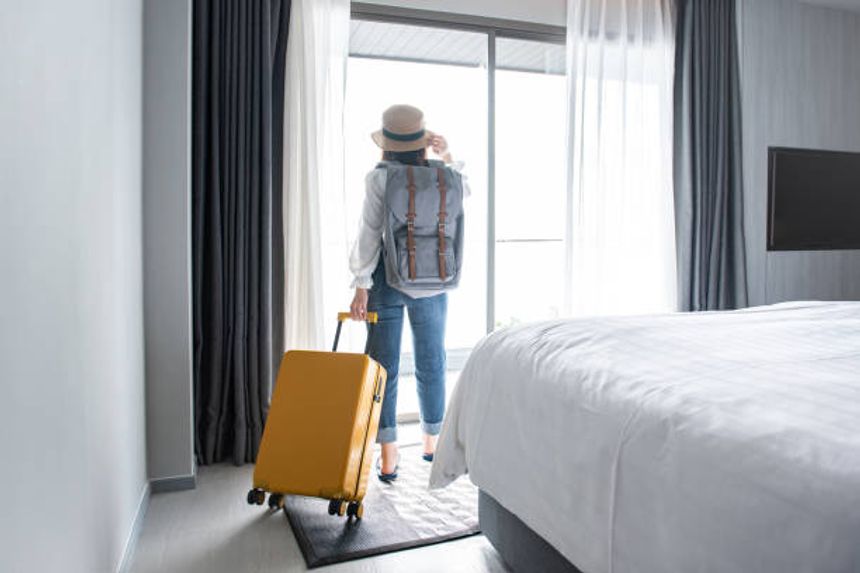