Bad Company: Status of the Anesthesia “Company Model” in Georgia

No longer new, the Company Model first gained popularity in the early years of this century, and the elements remain relatively unchanged. Participants include a gastroenterologist, orthopedist, or other physician practice(s) whose members (the “Physician Owners”) also own an ambulatory surgery center.

The history of the Company Model reveals the seeds of the legal/Anti-Kickback Statute (“AKS”) issues. Many endoscopic surgeries at ASC’s initially used light to moderate sedation. The Physician Owners would administer or supervise the administration of the anesthetic. Medicare’s ASC facility fee (“Facility Fee”) covers all or a portion of the ASC’s cost for the anesthesia materials, including the anesthetic itself and some of the equipment and supplies necessary to administer this low-level anesthesia.

This simple arrangement poses no problems under the federal AKS. The Physician Owners charge Medicare a professional fee for their surgical services, and the ASC bills and collects the Facility Fee, which covers some or all of the cost of the anesthetic supplies.

ASC’s later discovered the clinical value and popularity of propofol and other more complex monitored sedation for their cases. Propofol and other similar agents require the presence of an anesthesiologist or CRNA during administration.

ASC’s offering propofol, or other deeper sedation, would typically ask independent anesthesia practices to be available at the ASC to provide and monitor the anesthetic during ASC procedures. These arrangements permit three entities to bill Medicare:

These arrangements also follow a standard paradigm in health care – one provider (the ASC/physicians) refers a different specialty of medicine to an unaffiliated provider (the anesthesia provider). This traditional arrangement implicates little risk under the AKS.

Another Company Model structure is for the Physician Owners to co-own a new anesthesia practice with the anesthesiologists. The ASCs enter an exclusive arrangement with the new practice for anesthesia services. This ensures the new practice an immediate stream of business arising from the Physician Owners’ referrals to the ASC. Often the Company Model is pitched by a Management Company or similar entity that touts that the Company Model is “legal,” and sometimes states that they have a “legal opinion” regarding the model. That “legal opinion” may not be produced and may not be tailored to the ASC’s individual fact situation.

The Company Model has raised heated discussions in the health care industry as to its legality under the AKS and analogous state laws. Key to the AKS analysis is whether the Physician Owners establish these new entities principally to take a share of the anesthesia fee or to expand clinical supervision and control over one part of the surgical episode. The Office of Inspector General (“OIG”) of the US Department of Health and Human Services views all variants of the Company Model and certain other ASC/anesthesia arrangements with grave suspicion. One of the primary risk factors is the concern of a potential shift in established delivery of care. Are the ASCs and the Physician Owners moving from a traditional model, where they have historically referred anesthesia to a CRNA or anesthesiologist group, to a new model where the Physician Owners capture revenue from its referrals? If there is a sudden delivery model shift, it may become hard to argue that the change is for a proper purpose.

In 2012, the OIG concluded in its Advisory Opinion No.12-06 (“Opinion”) that the Company Model presents a high risk of violating the AKS. In the arrangement discussed in the Opinion, the new “anesthesia company” wanted to hire the ASC’s original anesthesiologists under an independent contractor arrangement (i.e., a shift, as described above). The anesthesia specialists would receive lower rates from the new company for rendering the same anesthesia services. The arrangement allowed the new company’s owners – the referring physicians – to reap the profits through the new company’s profit distributions.

The OIG disapproved of the proposed Company Model. According to the OIG, this arrangement would allow the Physician Owners to do indirectly what they could not do directly, to receive remuneration in the form of a portion of the anesthesia provider’s service revenues in return for their referrals to the anesthesia provider. The OIG further pointed out that neither the employment safe harbor nor the personal services and management contracts safe harbor apply in the arrangement to justify the payment of the profit distributions to the referring physicians.

The OIG also believes that the Company Model may closely resemble the suspect contractual joint venture arrangements it described in the 2003 Special Advisory Bulletin. The Physician Owners and the anesthesia provider are in the same position as the Owner and Manager/Supplier described in the 2003 Special Advisory Bulletin. The Physician Owners are expanding into a related line of business – anesthesia service – that depends wholly on the ASC’s referrals. They would not actually participate in the subsidiary’s operations but would rather contract out substantially all of the operations exclusively to the anesthesia provider (or a management company). Their actual business risk would also be minimal because they would control the referrals to the ASC and thus the new anesthesia entity.

Violation of the AKS brings harsh penalties. AKS violations are felony crimes subject to maximum fines of $100,000 (per violation), jail time up to ten (10) years per violation, exclusion from participating in federal health care programs, and other sanctions. AKS violations also subject the violator to liability under the False Claims Act or “whistleblower” statute.  Penalties under the False Claims Act include three times the amount billed to Medicare, plus between $11,181 and $22,363 per individual claim. The whistleblower, or Relator, who brought the violation to the Government’s attention gets a share of the recovery, along with the Relator’s attorneys. Nonetheless, Physician Owners and facilities continue to pressure anesthesiologist or anesthesia practices to enter into Company Model or other profit-sharing arrangements, or ditch their old traditional practices in favor of building a new Company Model.

Among the highest risks involved with Company Model arrangements are ASC's whose Physician Owners have not traditionally captured anesthesia revenue, and suddenly move to a new model where they do capture the revenue from their referrals. Prosecutors view this shift in the arrangement and ask, “Why?”

Furthermore, much of the risk exists due to potential whistle-blowers. The Physician Owners and ASC may have a disgruntled practice manager, for example, who could use the fact situation to file a qui tam action. The “shift” creates a disgruntled former partner (the anesthesiologist who was cannibalized by the Physician Owners/ASC’s shift to a new model), increasing exponentially the risk of “whistleblowing” or anonymous tips to prosecutors.

Such arrangements are likely to receive strict security from the authorities, especially in the State of Georgia. For better or worse, government health care fraud teams and prosecutors throughout Georgia have focused disapprovingly on ASC/Anesthesia arrangements such as the Company Model. Their success led private qui tam litigants and the Georgia offices of the US Department of Justice (“DOJ”) to engage in ever-more expanding investigations of the business practice in the state.

We are aware of numerous civil investigative demands, and active government investigations in the State of Georgia, regarding ASC/Anesthesia arrangements such as the Company Model. Georgia prosecutors appear more skeptical of the Company Model and other questionable anesthesia/ASC arrangements than even prosecutors in other jurisdictions. Notably, in recent years, entities and persons in the anesthesia service industry in Georgia who engaged in a Company Model arrangement have received several subpoenas from the authorities demanding clarifications as to the financial relationships and arrangements among the parties. These cases are ongoing and active. The AUSAs in Georgia view ASC/Anesthesia arrangements with substantial suspicion.

Georgia is not alone in attracting scrutiny under the Company Model and other ASC/anesthesia arrangements. In 2018, a Florida physician, Jonathan Daitch, M.D., paid $1.718 million to settle civil claims brought under the False Claims Act. In that case, the DOJ charged Dr. Daitch with setting up a new anesthesia company with his partner, Michael Frey, M.D.

The DOJ asserted that the profit distributions paid by this new anesthesia company to Dr. Daitch induced him to refer his patients for anesthesia services. Besides the False Claims Act fine paid by Dr. Daitch, Dr. Frey was sentenced to 18 months in federal prison and paid $2.8 million for this and other kick-back schemes in which he participated.

Federal and State prosecutors in Georgia will continue to target ASCs and anesthesia providers who engage in the Company Model and other similar anesthesia-practice revenue sharing model arrangements. With the high price one would pay AKS violations, persons who consider entering into the Company Model or other shared anesthesia service arrangement are advised to exercise abundant caution and should consult with experienced, disinterested health care attorneys before entering into such arrangements.

If your practice has considered expanding into anesthesia services as part of its ASC line of business, Taylor English attorneys have experience advising Physician Owners and ASCs of the risks inherent in these arrangements and in safeguards, if any, which may be available to mitigate the risk of sanctions.

Disclaimer – The information in this law alert is for informational purposes only and does not constitute legal advice. No attorney-client relationship has been or will be formed by any communication(s) to, from or with the law alert or author. The opinions expressed are those of the author, and decisions relating to the content belong to the author. 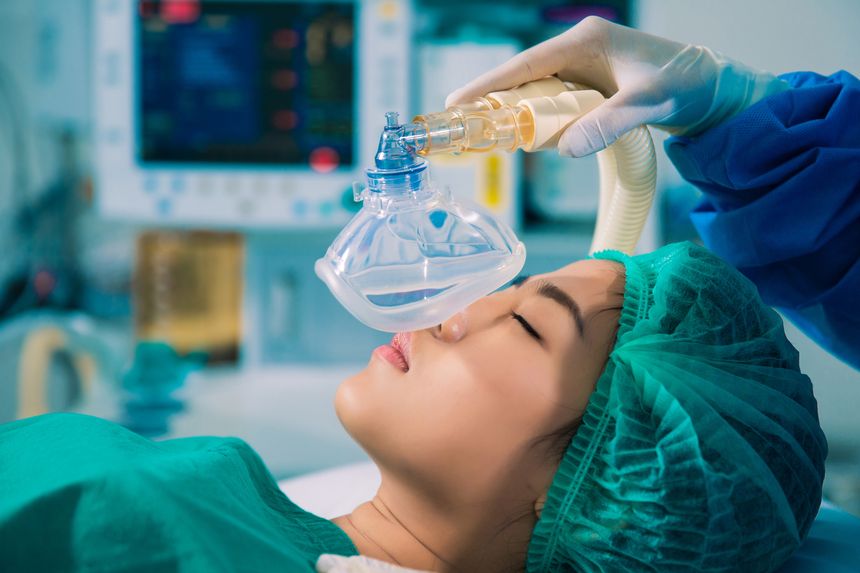