Considerations When Deposing a Child

As I discussed in my last post, courts generally allow depositions of children who may have relevant information. That right is not boundless, however, and courts have the right to set conditions to reduce the stress and trauma to the child. Courts that have allowed depositions have either set the conditions themselves or required the parties to confer on various factors.

Those factors that you need to consider when planning a deposition of a child include location, length, who will attend, and subject matter of the deposition. Each of those can be a very convoluted question, depending on the facts of the case.

I understand the impulse to have the deposition at a time and place when a judge can immediately resolve lawyers’ disputes, particularly in a hotly-contested case. Nevertheless, I can imagine no less child-friendly place than a courthouse or the average lawyer’s conference room. Everything about those rooms, from the entrance to the size of the table and chairs, to the ever-present coffee machine, is designed for the ease and comfort of adults. They are simply not suited to getting children to talk about what they know.

For that reason, I always recommend finding the most child-friendly location possible. If you believe that the court may need to actively be involved in resolving disputes, then schedule a time when the judge can be available by telephone. See, e.g., Arassi at *9 (“The parties shall notify the court of the date and time of the deposition. The court will then be available by telephone if needed.”)

A therapist’s familiar office may be a good child-friendly option, or even the child’s home. I know that those locations are not the opposing side’s arena, but they are familiar locations and may be comforting to the child. That consideration should override any turf battles. My first choice is always to talk to a local child advocacy center that may be able rent one of its interview rooms. Most of them have one-way windows or video feeds that allow multiple people to view the deposition without overwhelming the child. They also usually have child-sized tables and decor.

In fact, if you do not need a table, find a place without one. You can sit in comfortable chairs at conversational distance and just chat with the child. I have reserved lounge-type rooms at law firms so that I could avoid talking to a child across an adult-sized table. With younger children, you may need to join them on the floor and engage in their play with toys. Drawings and toys may help them tell their story, and the more you can enter into their world, the more information you will get.

Make the court reporter and videographer as unobtrusive as possible. Set them up in a corner, introduce them to the child and explain why they are there, and then ignore them. You will need a very good court reporter, but this deposition needs to be all about the child, not the transcript.

Children simply do not have a long attention span. Even if the court does not restrict your time,  e.g., Arassi at *10 (45 minutes), Kuyper at *5 (considering 3-hour limit), you need to get in and get out quickly.  You also need to plan to vary your format every so often in order to keep the child’s attention. When you see the familiar glazed-over look, for example, bring out paper and crayons and get the child to draw what they are talking about. You can mark all of the drawings as exhibits — in my experience, children enjoy putting exhibit stickers on the drawings — and sometimes even send copies home with them.

Toys can work the same way. They give the child something different to focus on, and you can get the child to use them to tell their story. Of course, you do risk losing the child’s attention entirely as they would rather play than talk about difficult things. For that reason, I usually use toys early in the deposition rather than later when their attention span is shorter. You also can use toys for motivation in the same way that teachers and parents do — “Yes, you can play with that again in a minute, but first, let’s be sure that we finish talking about the accident.” Just be sure that your language is neutral (“finished talking”) rather than unconsciously biased (“tell me the truth about what happened”).

I always find the question of who will attend a deposition to be one of the most difficult. Naturally, the parents want to attend, but I always want to avoid the possibility that they are inadvertently influencing the child’s testimony. On the other hand, having a familiar person present can comfort a child and reduce his or her anxiety.  his area is very fact-dependent and needs quite a bit of nuance.  See, e.g., Doe v. New Fairfield at *9 (allowing “an additional person of trust” such as rabbi or counselor to attend deposition along with parents).

Child-advocacy centers can help solve the problem by allowing the parents to view the deposition from another room. The parents thereby can be present without the risk of influencing the child. If I cannot use an advocacy center, then I look for the largest possible child-friendly room so that I can ask the parent to sit near the videographer out of the child’s line of sight. With younger children, I sometimes ask the parents to bring a child’s favorite stuffed animal, so that they can keep that toy close by for comfort. For one particularly difficult deposition, we were able to host the child’s well-trained therapy dog, which helped quite a bit to get the child’s story.  There are many creative ways to avoid trauma, if lawyers will think outside the box.

The subject matter of the deposition can be critical, particularly when the child may have experienced or witnessed a traumatic event. Courts have not been reluctant to place irrelevant information out of bounds, e.g.. Arassi at *9 (origination of parents’ marriage and bankruptcy), but the issue is more complicated when the child’s trauma is actually an element of the lawsuit.  In Doe v. New Fairfield Bd. of Educ., for example, a teenager sued over sexual harassment at school and the court found the alleged abuse to be relevant to the claimed damages.  Id. at *7. However, the court ruled that the defendant could not “inquire of [the teenager’s] past sexual behavior and/or sexual predisposition.”  Id. at *9.

Georgia and Massachusetts have instructed courts to consider previewing the deposition questions. Galbreath, 318 Ga. App. at 114, 733 S.E.2d at 415; Gray v. Howlett Lumber Co., 2007 Mass. Super. LEXIS 342 at *4 (Mass. Superior Ct., at Worcester, 2007).  Quite frankly, I would have a hard time complying with such a requirement because I only plan out my first few deposition questions and then go with the flow of answers after that.  Determining subjects to be covered, however, would be relatively easy and could avoid objections that would derail a child’s train of thought.

Lawyers deposing children need to think through all of these factors early in the process, and agree on as many of them as possible before the deposition. The prime concern is to lower the stress level for the child as much as possible and make them as comfortable as you can so that they can tell their story. 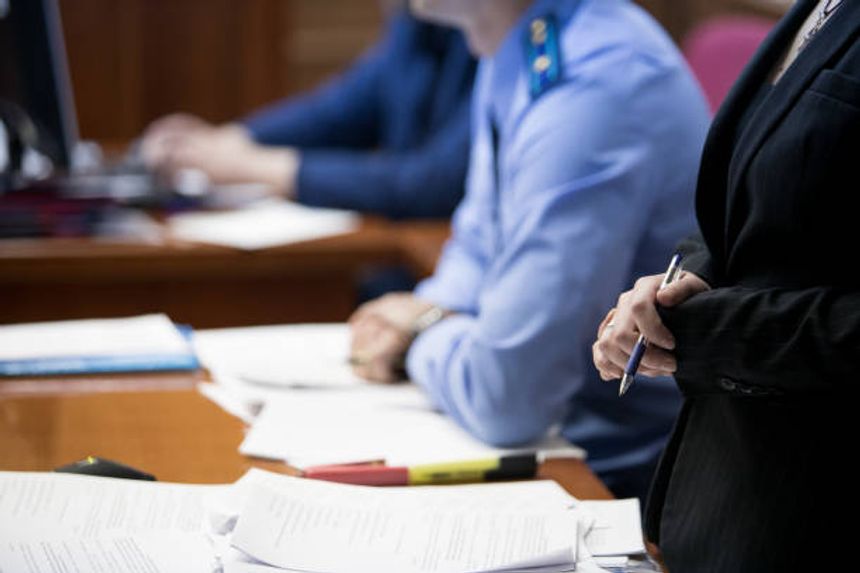