This browser is not actively supported anymore. For the best passle experience, we strongly recommend you upgrade your browser.
All Posts
October 30, 2021 | 1 minute read

A Louisiana high school has discovered an age-old principle: when fathers show up, kids pay attention. Parents of the students became concerned after a series of fights and resulting arrests at their high school. But instead of simply demanding that authorities do something, the parents -- specifically fathers -- decided to get involved. "We're dads. We decided the best people who can take care of our kids are who? Are us," Michael LaFitte, who started Dads on Duty, said. The article doesn't say how long the Dads on Duty have been coming to the school, but it does note that there has not been a single fight since they started.

What's surprising about the article is not that the dads' showing up changed things, but that the school allowed it in the first place. Most youth organizations are so frightened by the specter of adult abuse of children that they don't know how to incorporate these sorts of volunteers. They restrict volunteer adults so thoroughly that they might as well not be there. This school demonstrates the principle, however, that caring adults matter to kids. As one of the Louisiana dads explained, "Because not everybody has a father figure at home – or a male, period, in their life. So just to be here makes a big difference."

Of course, youth organizations have to supervise volunteers.  They need criminal background checks and boundaries and accountability. But not every adult who wants to work with young people is a pedophile. We don't have to deprive young people of caring adults in order to protect them (or our organization). We can safely give our kids access to the important resource of adult mentors and role models.

"I immediately felt a form of safety," one of the students said. "We stopped fighting; people started going to class." "You ever heard of 'a look?'" one student asked while describing a "power" they claimed all dads have. 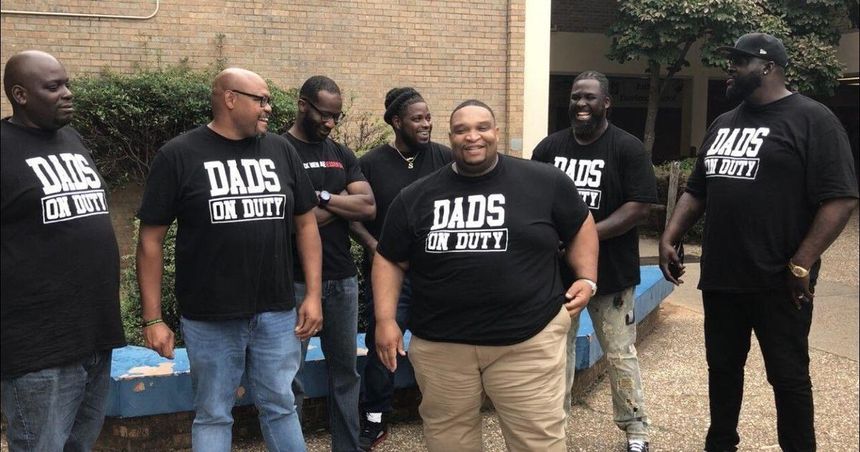