Will PRO Act Pass as Part of Biden's Infrastructure Legislation?

We have predicted that the Biden administration and Democrats in Congress would seek to pass the Protecting the Right to Organize (PRO) Act by any means necessary.  Now the PRO Act has been added to President Biden's massive infrastructure legislation.  According to press reports, adding the PRO Act is an attempt to gain support from far-left groups who have criticized the infrastructure bill as "falling short" of their objectives.  The Congressional Progressive Caucus criticized the "size and scope" of the infrastructure plan as inadequate.   Adding the PRO Act to the plan has galvanized labor unions and such organizations as the Democratic Socialists of America to grassroots and lobbying efforts in support of the combined proposal.  However, both the infrastructure plan and the PRO Act face strong opposition in the Senate.

For the Biden administration and most Democrats in Congress, both the infrastructure bill and the PRO Act are vital objectives.  Do the odds of passing increase by combining them or decrease?  Does ramping up both support and correspondingly the opposition lead to success?

INCLUDING A LABOR-RIGHTS OVERHAUL in his massive infrastructure proposal is proving to be a key sweetener from President Biden to the activist left as he seeks their support and grass-roots lobbying for the package. The Democratic Socialists of America spares little love for Biden and actively opposed him during the Democratic primaries. However, the DSA has put its members to work on behalf of the Protecting the Right to Organize Act—a pro-union measure that strengthens worker bargaining rights and toughens enforcement of the National Labor Relations Act—which Biden has now tacked on to his infrastructure proposal. During the first day of a weeklong phone-banking event, DSA members made over 100,000 calls to voters in states whose senators are crucial to the bill’s passage. 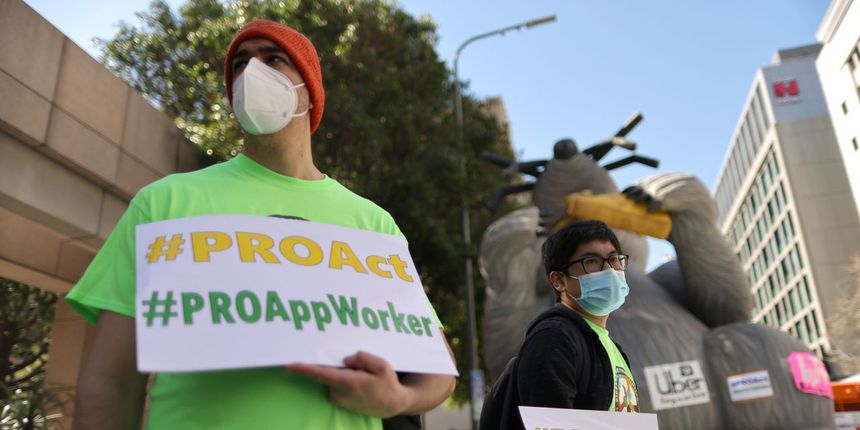