Union efforts at Amazon warehouse in Alabama -- A taste of things to come?

When automobile manufacturers and their suppliers moved production facilities to Alabama a few years ago, unions such as the Steelworkers, United Auto Workers and Teamsters made determined efforts to organize their workforces, but with little success. As reflected in the New York Times article quoted below, Amazon's creation of a massive warehouse operation with 5,800 employees in central Alabama triggered organizing efforts from a different union, the Retail Workers (RWDSU). Although only 2,000 employees at the Amazon facility expressed a desire to be represented by this union, it was enough to petition successfully for an election conducted by the NLRB, which starts by secret ballot mail next month.

Changes to federal labor relations laws advocated by the Biden administration would make such organizing drives easier for unions, including potentially eliminating the election process in favor of the card signing process that normally is just a prelude to an election and limiting the company's ability to communicate with employees about union representation.

Amazon has two other fulfillment centers in Alabama and more than 200 nationwide.

The largest, most viable effort to unionize Amazon in many years began last summer not in a union stronghold like New York or Michigan, but at a Fairfield Inn outside Birmingham, in the right-to-work state of Alabama. It was late in the summer and a group of employees from a nearby Amazon warehouse contacted an organizer in the Retail, Wholesale and Department Store Union. They were fed up, they said, with the way the online retailer tracked their productivity, and wanted to discuss unionizing. 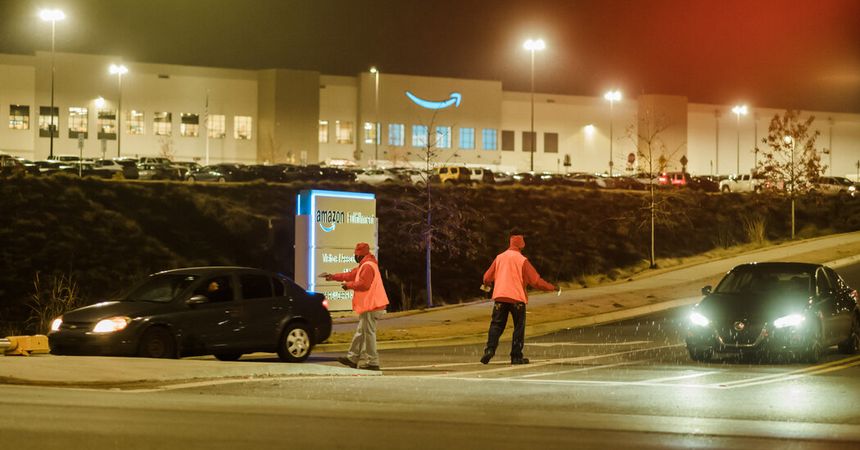